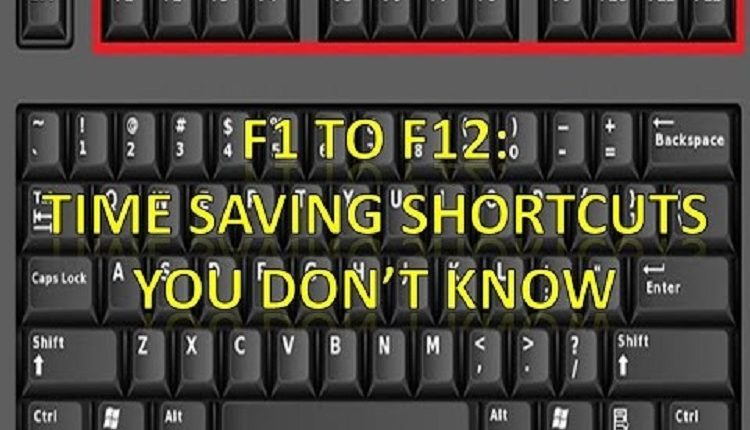 Use of Function Keys : Keyboard F1 to F12 Keys

Use of Function Keys in Keyboard

Commonly known as function keys on a computer keyboard, F1 through F12 may have a variety of different uses or no use at all. The operating system installed on the computer and the software program currently open can change how each of these keys operate. A program is capable of not only using each of the function keys, but also combining the function keys with the ALT or CTRL key. For example, Microsoft Windows users can press ALT + F4 to close the program currently active.

Note: Some keyboards include additional functions on the function keys, which can be activated by pressing the FN key, usually located near the CTRL key, and the appropriate function key. The additional functions available with the use of the FN key will differ depending on the type and brand of keyboard being used. Please check your computer’s documentation or manufacturer’s website for specific details on which features are available on your keyboard function keys with the use of the FN key.
Tip: Some computers may automatically enable the FN key for accessing the special functions on the F1 through F12 keys. You may be able to turn off the FN key by accessing the keyboard settings in the Control Panel.

If your keyboard does not have a row of function keys, they are probably set up as secondary functions on other keys. Some laptop keyboards are set up this way to save space. They can be activated by pressing another key plus the key with the secondary F key functionality.

Tip: If you are looking for specific shortcut keys and function key examples, please visit our shortcut key page.

Function Keys are really very important for each and every one of us who operates the computer. So let us mug up its uses.

Are You Still Excited After Getting Windows 10 Free ?

Monetization with Adfly.Com Apart from Using as a Link Shortener