While working on Windows 10 operating system, it is possible that you may face a problem with your operating system and one or more of the system files may be corrupted. What to do in such situations? How to Fix Corrupted Files?

Often it is not very easy to rectify such problems but yes there are already some built in utilities in the system which can be used to get rid of such agonies. System file check is such a built in utility into the Operating System that is used to check for corruption in system files. 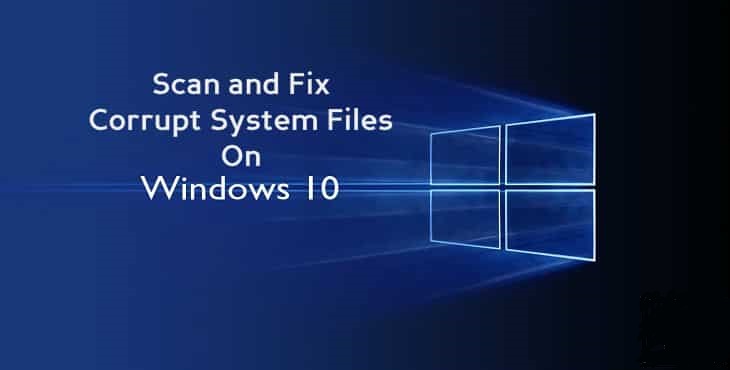 You can follow step by step the following procedure to run the SFC utility.
1.  Go to Start search option and Type CMD
2.  Right click on CMD prompt and run as Administrator. This is called an elevated command.
3.  To verify and repair the corrupted operating system just type the following.

4.  It is always advisable to run this utility up to 3 times to fix all the problems.
When you have finished it may show you up one of the three things
Though the release of Windows 10 has consumed quite a bit of time and by now with various updates, the OS is stabilized by far, still it is advisable to know various Windows 10 Problems and Bugs which were noticed days after its release. It will help you to get rid of those problems by using various utilities and updates.

Recommended for You:
How To Fix Windows 10 Update Error Code 0x80070057
How To Remove Malware Manually From Blogger: Step By Step Process

You can follow step by step the following procedure to run the DISM utility.
1.  Go to Start search option and Type CMD
2.  Right click on CMD prompt and run as Administrator. This is called an elevated command.
3.  To verify and repair the corrupted operating system just type the following.

After you have finished running DISM, it is always a good idea to re-run SFC /scannow command to make double sure that all the problems have been resolved.
If you get an error message saying that “cannot find source files” you require to get an ISO file of the OS. You can just load the ISO disk or the file into the CD/ DVD drive and use the following command to run on the command prompt.